A downloadable game for Windows

This game was an unresolved point for me for a long time, and I'm now so happy to push it back out, imperfect into the imperfect world.

I built this between 2001 and 2006, and I somehow dreamed it would be a famous and loved game. At that point in my life, I didn't know how to be happy and proud of something created without feeling like it had to earn a bunch of money. What a terrible way to look at the world! I wonder if other game makers feel that too?

I think another element was that criticism was very harsh at the time toward any game not made to a certain standard. Cave Story came out in 2004 but actually I didn't know anything about that, or other "indie" games. I'm not sure if websites like TIGSource were around or busy then; I'm sure that the GameMaker community existed but I also somehow didn't know about that. So I felt compared, and compared mself, to AAA games. Silly, but there wasn't a wide understanding at the time-- or I didn't have that understanding-- that games could be interesting enough to make up for their technical-artistic shortcomings.

This is a long way of saying: when people ripped into how bad the game looked-- or it's thousand other flaws-- it was fairly devastating.

Shortly after the game came out, I felt it was a failure. A bit after that, I (basically) dropped it.

For most of the time since then I think I've been trying to forget it and move on. That makes some sense, but I've also always told myself that the game really was terrible.

A few years ago No Man's Sky was becoming The Everything and it made me wonder, perhaps there will be some interest in Venture the Void? It was enough to make me dust it off. I thought there was a chance to kind of ride the wave or something, since the premise is similar. Maybe I could redeem it, or it could redeem itself, or I could redeem myself through it redeeming me.

And yet, something I couldn't articulate gave me a bad feeling in the pit of my stomach. When I played it, I just couldn't feel good about it. I remember sweating suddenly at some point. (Why?) So even though I had now put some time in and gotten a working build, well, I pretty much dropped it again.

That brings us to now. I think the thing I couldn't articulate is, man, wow: if you make something and want to put it out there, you absolutely should not have to apologize for it. (Mostly not. I do a bit, and I don't apologize for apologizing, here: for instance it's sexist, and has bugs.) You can be proud of something even if it's not important to anyone else.

And a natural (but not obvious) outflowing of this is that personal expectations for how other people might respond to something you make or how much attention it might get, well-- they are actually unbearable.

I can't be alone in this.

Maybe the only way out, and by this I mean the only survivable orientation when it comes to these expectations, is to just have none.

Plan for the Future:

In order to download this game you must purchase it at or above the minimum price of $5 USD. You will get access to the following files:

Just realized you released this on here, Awesome! More people should hopefully find this game, it's one of my favorites!

Ah! Wow :) Getting messages like this is super nice and really encouraging-- TY!

Yes, but very, very slowly. I work on it most nights but especially the last few months or so it has been positively glacial. I work + parent full time now so it's pretty tricky-- still: yes, it's coming even if it kills me (it won't tho!)

This is great so far. TRT is one of my all-time favorites and this has a similar spirit.

Ah! Thank you :) Really encouraging to hear! I'm looking forward to continuing to (slowwwly, mind you) push it forward and into new places.

I just finished my first session with the game, starting without tutorials, just tinkering with the mechanics. Wasn't an overly long session (limited time), but I would like to let you know that I am really impressed with this game. I like it a lot. I know you might not want to continue, but if you didm I'm sure I'd love it and invest countless hours into it. :)

For now I'll try to make some more time to continue the existing version.

Sorry, I realize my comment is a bit jumbled, but I just wanted to let you know how much I appreciate your work and that you decided to release this. Thank you! <3

Thank you-- not jumbled at all and sincerely apprecaite it (and saw your comment on twitter too.) Hearing this really made my day! :)

FWIW I'm really enjoying having VtV to kind of pick away at, I purposefully decided to do a soft launch and then just keep iterating on it, with no particular goal in mind other than to improve and maybe experiment a bit. So as always can't promise anything but I'd say chances are good for improvements/additions. (not to mention bugfixes...)

Heyo! If anyone has feedback, runs into bugs, etc., please don't be shy! I'm wanting to keep working on this on a regular basis, not just fix bugs but make it kind of a ongoing project. So feedback is great-- especially things that annoy you.

- fix bug where if you land on a planet and have your commlink active, you get stuck in whatever building you enter 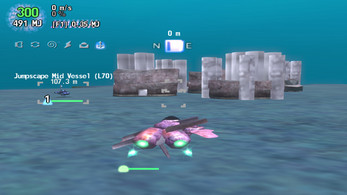 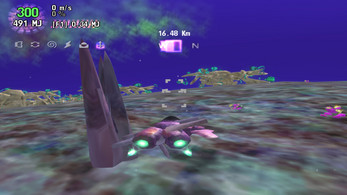 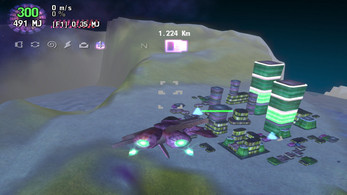 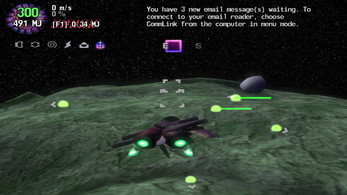